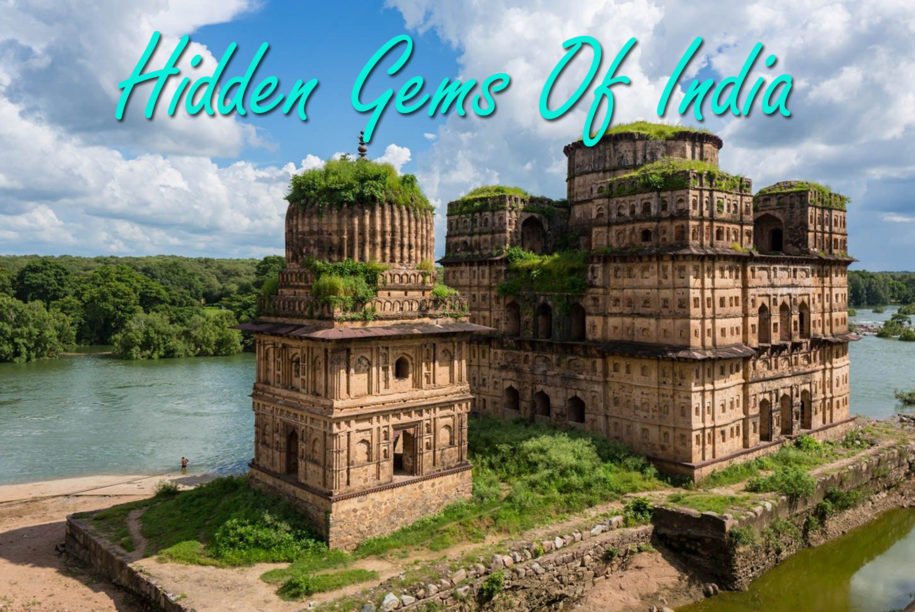 If you take a look at the map of India you will be aware of how massive the country is. Apart from being home to 36 world heritage sites that are famous with tourist and locals, India also has some untouched locations that are a good way to detox from the hordes of crowd and the din of jam-packed cities while admiring the splendour of Indian history and the beauty of nature. Travel the off-beaten path and conquer the nooks and crannies of this amazing country. Whenever you feel like going on a vacation, open up this list and get planning. So embrace the Columbus in you, and explore the unexplored.

When? October (lush after monsoon) to March (just before summer strikes)

Once regarded as the “world’s biggest freshwater island” situated in the midst of the Brahmaputra river, Majuli is as flat as a roti making it an ideal location to explore by bicycle. Situated 20 kilometres from Jorhat is regarded as the cultural capital of Assam. Dazzling festivals throughout the year create a vibrant atmosphere while tranquil streets lined by bamboo trees enhance the untouched appeal. Once occupying 1200 square kilometres, the island of Majuli has now shrunk to a mere 400 square kilometres because of the increasing height of the river. Predictions state that the island will only remain for a mere 20 more years, so stop by for a dose of tranquil waters, the laid-back vibe and amazing scenery.

2. Safari through a tiger reserve

When? October to April

Boasting an amalgamation of a Tiger, Elephant and biodiversity reserve, the park has been regarded as a natural UNESCO World Heritage site. Ideal for a serene holiday in the wild – minus the crowd – carry a camera to capture the undulating forest hills and pristine grasslands dotted with endangered species of Tigers, one-horned Rhinos, Pygmy hogs, Bengal Floricans and Swamp Deers.

When? Year round, most ideally between October and February

The feature that makes Champaner-Pavagadh unique from most historical ruins in India and a holder of the title of “UNESCO world heritage site”,  is the clever town planning full of religious buildings, palaces, fortifications, residential zones and so many other vestiges. Dating between 8th and 14th centuries, the sandstone structures contrasted by the baby-blue sky create a stunning picture to be captured. History buffs and archaeology enthusiasts should definitely visit to be amazed by the harmonious blends of hindu and islamic architecture as well as the stunning backdrop that enhances the beauty of these sandstone structures. Although the Pavagadh hills that shadow Champaner are a famous pilgrimage site for locals, it hasn’t been ventured yet by travellers. What was once a thriving capital of the Mughals sultanate and a crucial stop in the trade route is now an archaeological marvel.

When? Year round, but heavy snowfall seals roads during winter months.

The mountain city isn’t named as “Pahadon ki Mallika” (translates as Queen of the Mountains) for no reason. Resembling the sceneries of Switzerland, Khajjiar has a mesmerizing combination of forests, lakes and meadows flanked by the snow-capped hills of the Himalayas. Detox your mind with peaceful walks around the picturesque Khajjiar Lake and through the lush pine forests hiding many scenic waterfalls. Once you have had enough of the scenic beauty (as if!), you can enjoy with adventure activities like trekking, paragliding and horse-riding. You can also explore Khajjiar’s tiny villages of Rota and Ladi that are laden with apple orchards. While there, a visit to the Kalatop wildlife sanctuary will bring you face-to-face with animals like Black bear, Deer, Jackal, Leopard, Serow, wild cats and so much more.

When? April to November or winter months (to experience snowfall)

Ideal for amateur trekkers and nature lovers, Chopta will definitely be a favorite offbeat holiday destination. Think snow-covered backdrops, picturesque meadows, dense forest trails and benevolent locals. Chopta is definitely more than a holiday destination, it is a place you will remember for a lifetime. Trek to the 1000 year old Tungnath temple perched 3680 m off ground and marvel at the splendour of the world’s largest temple dedicated to lord Shiva. Visits during summer will introduce you to amiable weather, lush greenery in monsoon and fairytale-esque landscapes in winter. Camping and trekking are definitely activities you can thoroughly enjoy while admiring the scenic beauty.

International praise as ‘Asia’s cleanest Village’ still hasn’t generated much visitors to beautiful Mawlynnong, which is situated to the east of Khasi hills bordering Bangladesh. Embodying cleanliness and serenity, the village is definitely a worthy visit. Walk through cobbled streets lined with thatched huts (having their own bamboo baskets for waste disposal) and gardens flourishing with radiant flowers. Also encounter unique living root bridges across rivers (regarded as UNESCO world heritage sites) that have been created by intertwining aerial roots of rubber trees. Don’t miss the highlight of the trip by climbing a 85 feet tall watchtower – made entirely out of Bamboo – to cherish the views of the village and nearby Bangladesh. These aren’t the only aspects of Mawlynnong to be commended, the organically prepared cuisine is divine and the locals are generous and warm souls who carry on the matriarchal surname.

When? October to early April

The Jawai Leopard Camp is the latest and premium addition to Leopard spotting attractions in India. Experience glamping at its least crowded while respecting the natural requirements of the leopards and other animals living in the sanctuary.  Morning and evening game drives, cozy tents, delicious Rajasthani food and rustic lamps make the venture both comfortable and adventurous. Observe the leopards residing harmoniously with farmers. Other animals that can be spotted include Tigers, Peacock, Monkeys, Sloth bears, Indian wolves, Antelopes,  Cranes, Flamingos and a variety of migratory birds. This is definitely something birdwatchers and wildlife enthusiasts will enjoy.

Once the capital of the Hoysala Dynasty, Halebidu is famous among locals but not among tourists. Translating as ‘the old city’ , the temple at Halebidu was built in 12th  century and dedicated to Lord Shiva. Glance at the detailed artwork and friezes that adorn the ceiling and walls. These carvings depict stories from Hindu legends, theology and life and culture of ancient India. The entire city is scattered with beautiful shrines and grand temples, a treasure trove for archaeology enthusiasts and history buffs.

Situated near the banks of the Saraswati River and honoured as a UNESCO world heritage site, the Rani ka Vav (queen’s stepwell) has been constructed in the Gurjara architectural style. Observe the ornate pillars and walls that are carved with religious and mythological sculptures. This inverted temple with seven inner pavillions in different levels is the only stepwell to be regarded as a heritage site and showcases great skill of precision and artistry.

10. Be amazed by cascading beauty

When? August to February

Well-known for its Hydel power projects because of its location on the banks of the River Kaveri, Shivanasamundaram is an offbeat destination with almost no tourists. The verdant hills are heightened in beauty with tumbling waterfalls and offer breathtaking views. The calming sounds of gushing water contributes to harmony while the nearby Ranganatha Temple adds mellow hints of spirituality. For some trekking and fishing activities head over to the Cauvery Wildlife Sanctuary.

When? September to April